Due to the Beale Park event being on the same day and Jennifer and I being off in sunnier climes our numbers at this very popular event were down on last year (8 as opposed to 13) , but it was still a very reasonable turnout for our small club. The event itself followed last year's pattern of medievil re-enactments, wood cutting displays, dog demonstrations and of course the classic car show. We were in the same great position as last year which enables us to spread out into one circular social gathering. The weather remained dry, but could have been better. It didn't however, hamper the enjoyment or make people regret wearing shorts.

Malcom and Liz kindly have provided the following photographs of the occasion. 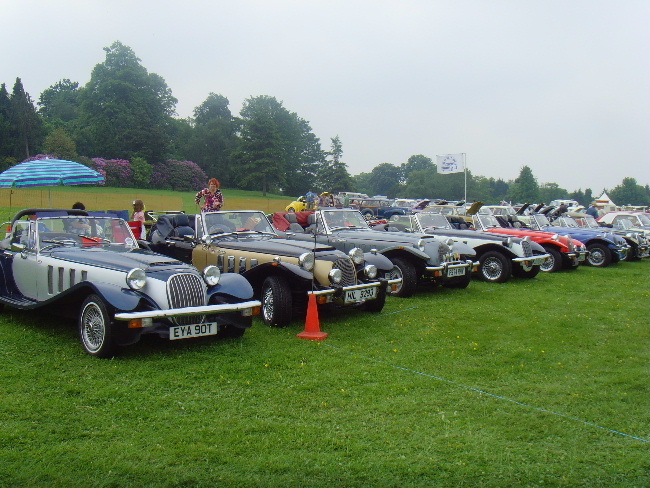 By the looks of things it was underestimated how much space our group would need. Steve and Sharon's Lima seems to be outside the designated parking area! 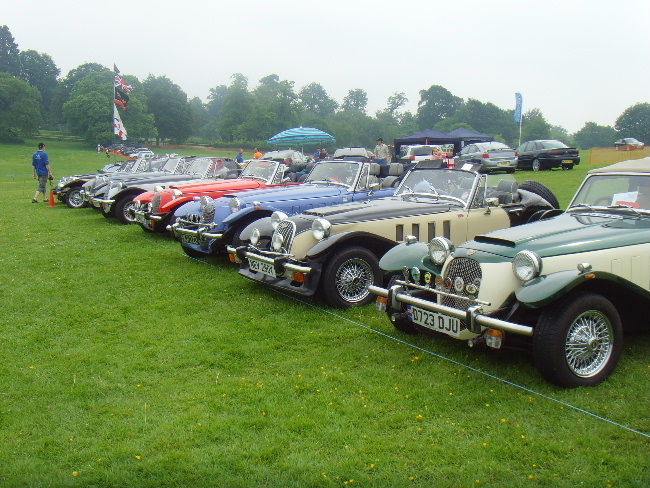 The customary view from the other end of the line up 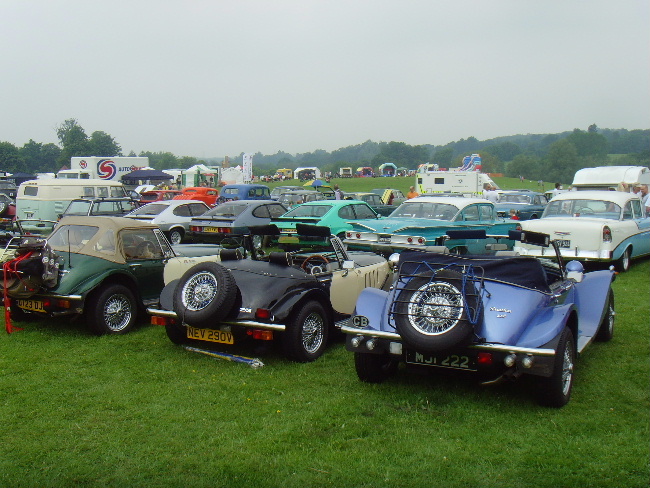 The next 2 pictures show that compared with last year, the number of classic cars attending the event was considerably down. I believe this is because of the generally uninviting weather of early June. 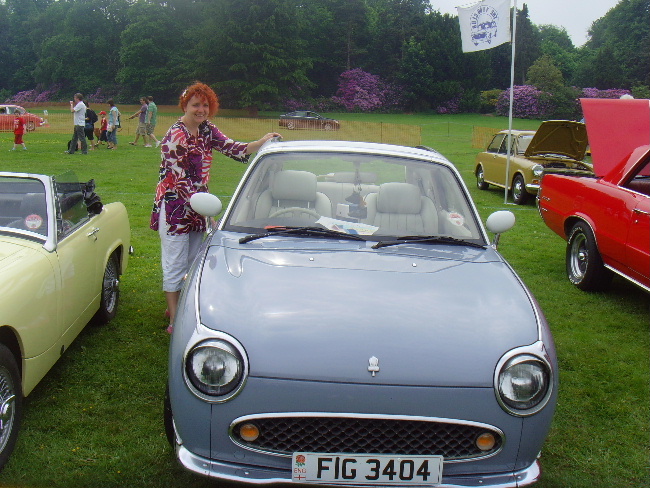 Liz with her beloved Nissan Figaro, in which she transports the family to these events. 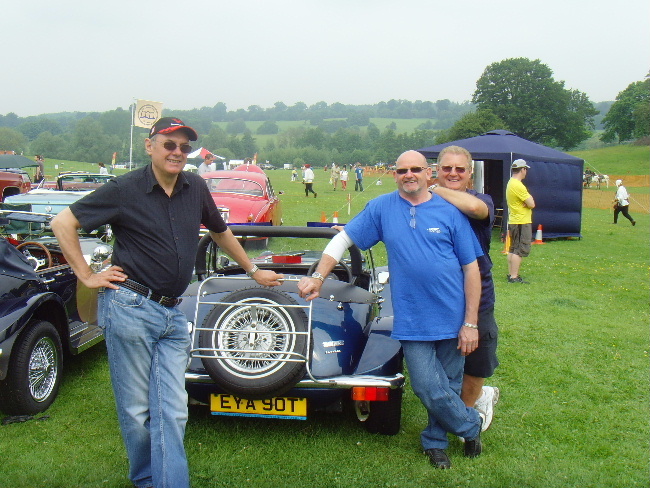 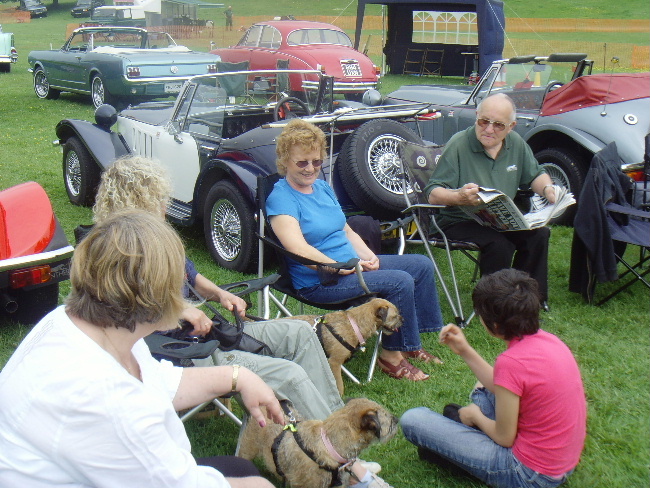 Young Charlotte gets down to honorary members Pepper and Pickle's level. Oh I wish I could still sit like that. Come to think of it I don't think I ever could! 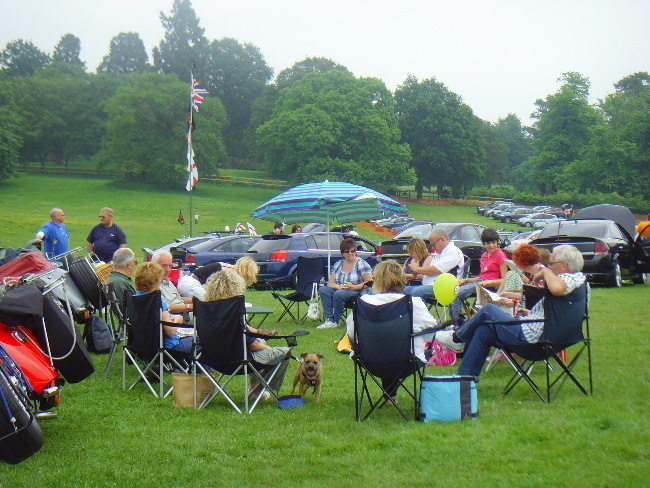 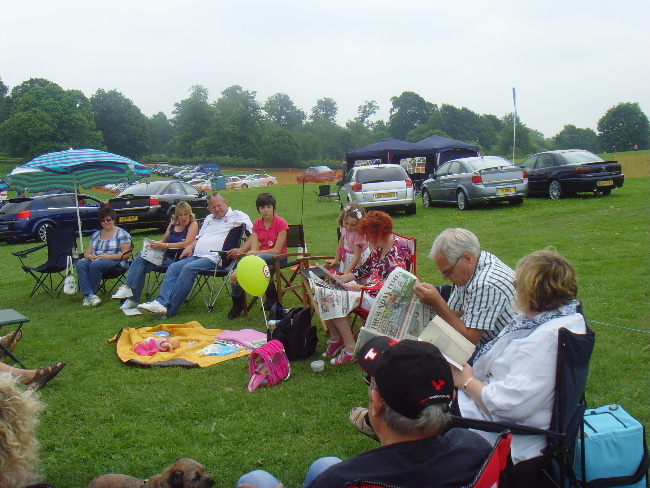 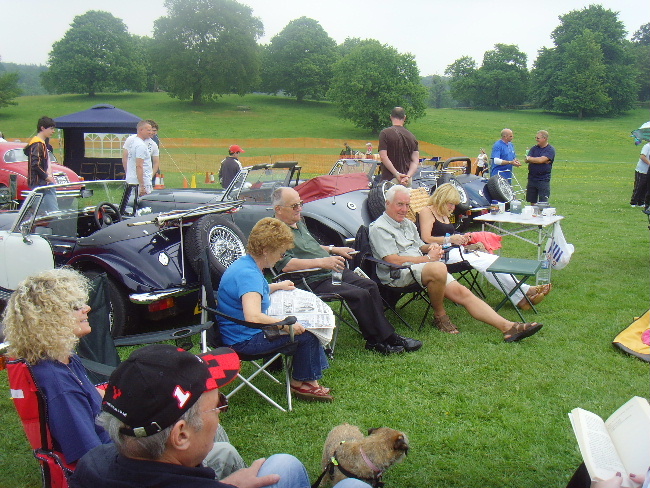 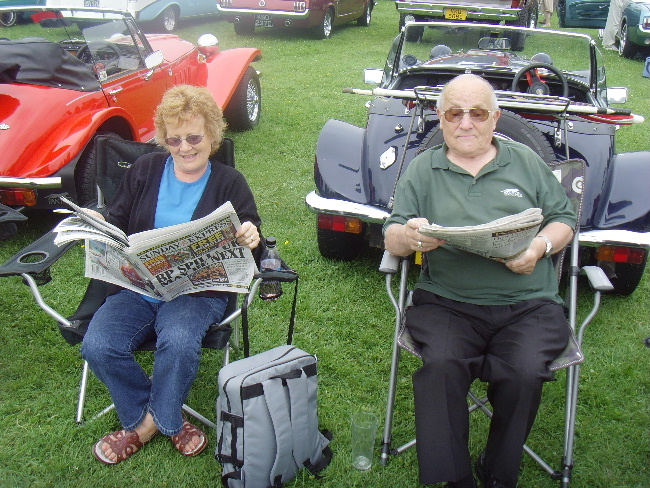 It's Sunday morning so the natural thing to do is to relax and read the papers. 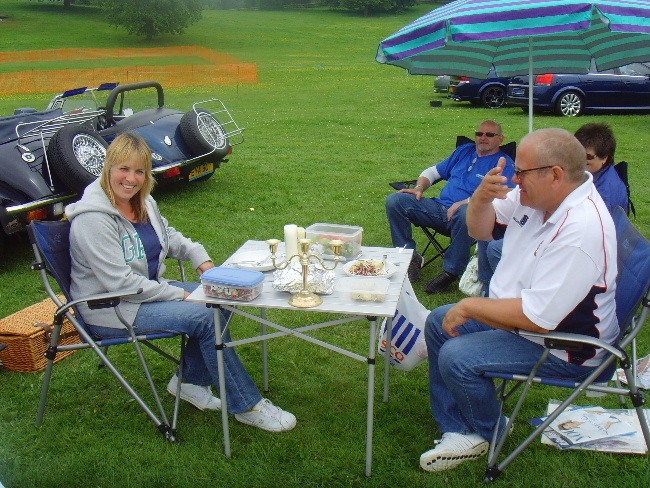 I don't know what's amusing Collette and Mark. That candelabra perhaps which probably belongs to Mick and Sandie anyway. 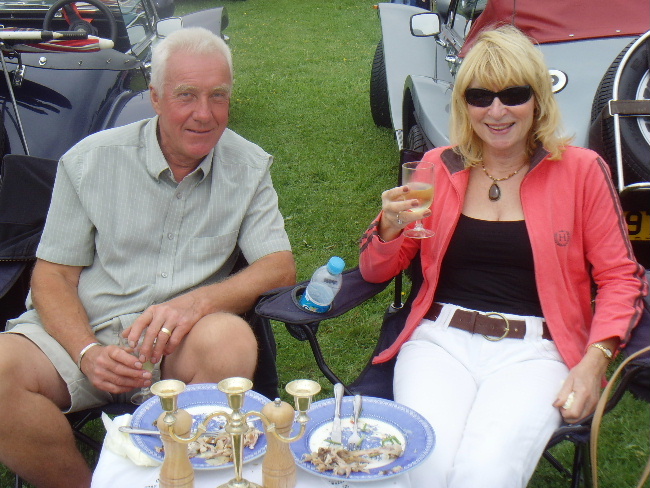 As usual Mick and Sandie turn on the style with their best cutlery, plates and cruet. The candelabra looks much more in keeping on this table.

You may have noticed that the only person not in any of the photographs is Malcolm. That's because he kindly took all the photographs. Thank you Malcolm.

I don't know how you could possibly not do so, but just in case some of you can't remember what he looks like, here's a picture of him doing what he does best. 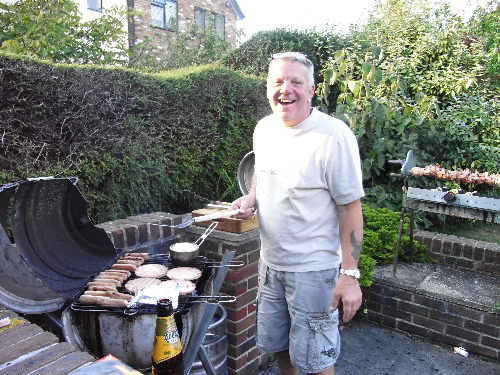